At the end of the year, IT-Refurbisher bb-net was able to award three of its employees for their long-term loyalty and reliability.
Nowadays it is increasingly rare for an employee to stay with the same employer for many years. It was all the more pleased bb-net managing director Michael Bleicherto be able to honor three of his employees for their loyalty, reliability and commitment in this very special year.

The awards at a glance:

Jürgen Engelbrecht, building services / real estate management, 10 years bb-net
Jurgen Engelbrecht is the McGyver among the craftsmen and an important part of the bb-net story. At the beginning of 2019 he said goodbye to his well-deserved retirement. However, he could not completely turn his back on bb-net. With his rough, but heartily Franconian manner, he is still active in the company and supports the property management in the maintenance of the technology center, which he took over the leading planning and supervision of the construction together with Michael Bleicher in 2018. Over the course of the decade, it turned out to be a changing toolbox with the motto: “Des' basst scho!”.

Marco Kuhn, Sales Manager IT remarketing / authorized signatory, 10 years bb-net
Marco Kuhn plays a major role in the development of bb-net. As a passionate salesman and strategist, he not only leads the fate of sales and maintains close contact with the IT channel, but also played a key role in the realignment of the company right from the start. One of his first successes was co-founding the own brand tecXL, which has now established itself as a seal of quality in the IT remarketing sector. Marco is a long-standing and valued companion who has experienced many ups and downs in the course of his career and is still very committed to motivating the entire team of the bb-net family. The trust in Marco Kuhn already became clear in 2017 when he was appointed authorized signatory of bb-net media GmbH.

Uwe Dammaß, Process Manager IT Remarketing, 15 years at bb-net
Uwe Dammass is the company's Swiss Army Knife and has been with bb-net for more than a third of his life. After successfully completing his training as a warehouse clerk, Uwe worked in several areas of the company. Outgoing goods, customer service, processing - there are only a few departments in which he has not previously worked. He is an all-rounder as it is in the book. He has been supporting production managers for around 1,5 years Marcel Zitzmann in the daily tasks and challenges of manufacturing. As part of the “dynamic duo”, he uses his many years of experience and close ties to the production staff to continuously optimize production processes.

Traditionally, the employees are honored during the annual Christmas party. Since this was not possible due to the current corona pandemic, Michael Bleicher used the bb-net Wei (h) nachten2Go meetingto express his thanks to the anniversaries with due applause from the employees present. Every jubilee received an award certificate, an anniversary glass stone and a special bb-net wine. 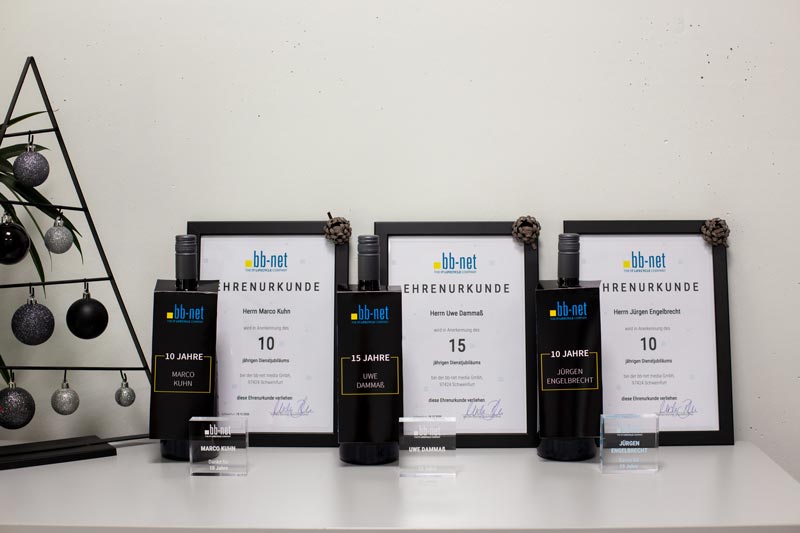 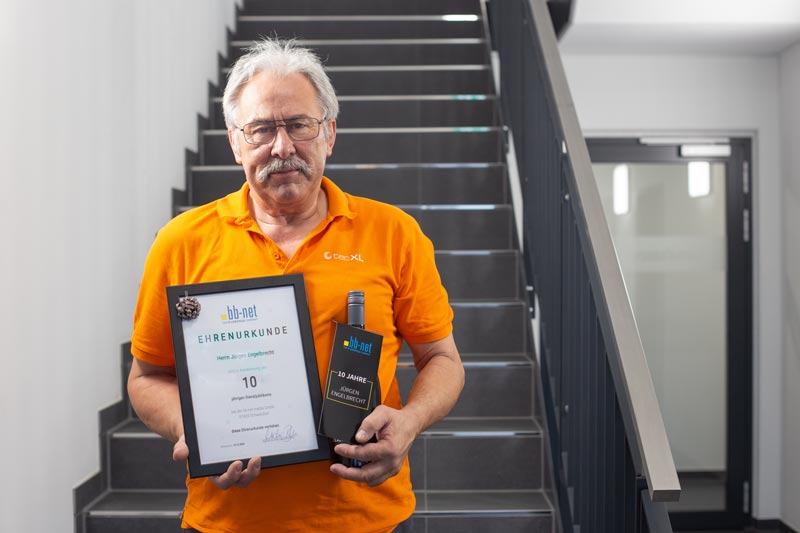 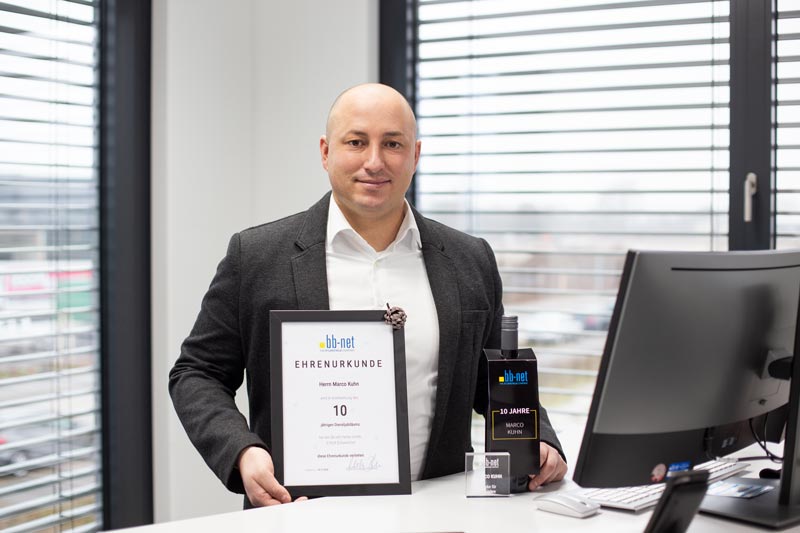 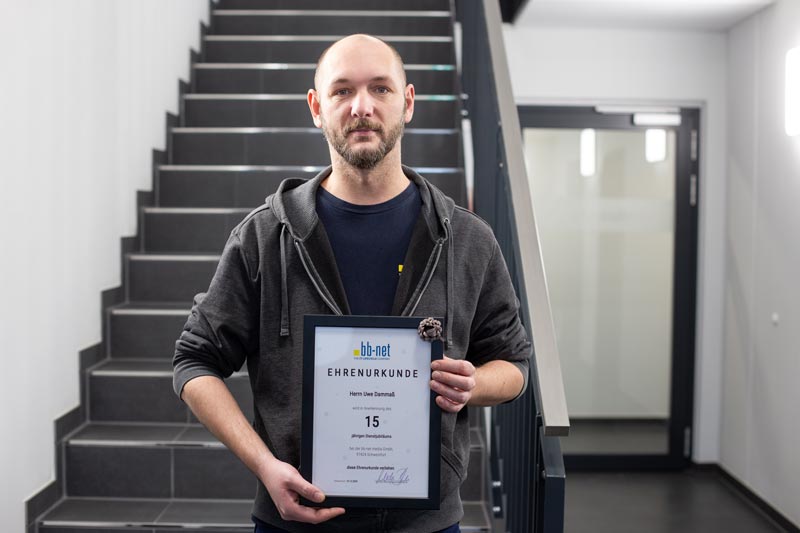